Not sure if it's a different version then what I had before, it's 5.0.1, don't remember what it was before. I accidentally upgraded it, thought I clicked remind me later. It didn't care that I was rooted, guess that's a lollipop feature that doesn't let you upgrade if you are rooted. Had to re root though, probably won't be able to update to any future updates.

LG G3 is fast after upgrading it to kitkat.

I upgraded the third party ROM, and it kept freezing. So I put it in download mode and tried flashing the kitkat tot file using the LG flash tool. It didn't finish, crapped out around 30% I think. Kept trying, and it froze my computer. I had it in my USB 3.0 hub. Put it in my USB 2.0 extension cable and it worked.

Also my USB 3.0 was crapping out, my music would stop, it's being streamed from my linux virtual machine, the virtual machine file is on a USB 3.0 hard drive.

Phone is fast again, it's running kitkat instead of lollipop. Third party lollipop ROMs are slower then the stock kitkat. Probably because I upgraded without formatting everything.

Can't upgrade to lollipop even if I wanted to, I rooted it.

Ran Geeknech and got 986 for the single core score. The other benchmark I did in the past only got around 700. Maybe it was being throttled when I ran it the first time. The $199 ASUS Zenfone 2 gets around 700. So I wonder how much the $299 Zenfone 2 gets, it's around 2 GHz for the CPU speed, the $199 is 1.8 GHz. I'm guessing the $299 scores the same as my phone or better. If you search for ASUS Zenfone 2 on Geekbench's site you won't find it. Guess nobody uploaded their results yet.

Not much point in buying a new phone, I barely use the one I have. The Asus Zenfone 2 is probably better, but I could probably do fine with a tin can and a string.

Then I could use the phone I have if I got an unlock code. There was a post a year ago that said FreedomPop was talking to AT&amp;T and T-Mobile. You can get the Nexus 5 for $150 on woot.com, but it's used. And it's an old phone.

Can you still pay to remove the special offers? You can't buy it that way anymore. I might order one of those next month. I'd rather read on a bigger screen. I could get a regular kindle, but I think I'd rather have the tablet. I could order it now for about 20 bucks a month.

The regular Kindle for 80 bucks doesn't include a power adapter. Almost the same price as the Fire HD 6 after you add the power adapter.

Doubt you can read the Fire HD 6 in sunlight. That might be a good enough reason not to get it. Would be nice to look at my DSLR settings book when outside taking pictures. I can do it for free on my phone, won't be able to read it though.

Good luck getting them to lower your bill, their site still says I owe them around 20 bucks, I gave them 50. In the chat they said my balance was around 40 bucks. To bad they don't update their site.

I was paying for 105 mbps and at some point they lowered it to 50 mbps. I only found out because in their chat they said I was only getting 50 mbps.

Nice looking case. It also supports 280mm radiators. Amazon doesn't appear to sell it yet. You can buy it directly from NZXT.

Auto level makes it to bright or something. Perfectly clear works nicely.

Why can't I upload pictures with Ghost? 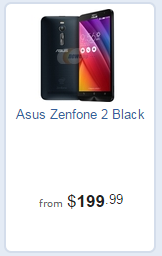 How much will that phone cost? I want the 4 GB of RAM version. One more gig of RAM then my LG G3, and Intel instead of ARM.

I'll gladly replace my LG G3 with a Intel smartphone. 8 GB of RAM would be better though.

The US version of the phone isn't for sale yet. There's one for $368 on Amazon, don't think it's the US version though. Review says the camera is only mediocre. That means my LG G3's camera might be better. In that case, I'll keep my LG G3. Asus has a manual mode for the camera, so it might be better. Maybe the auto settings are no good. The aperture is better then my phone.

I had to reboot my phone to get tapping in Chrome to work. I tried force closing it, and clearing the data. Also I couldn't tap on the notification bar to put screen to sleep, the notification bar would just pop down instead. Maybe I should try flashing the new version again. There's no changelog, so there's no way of knowing if it fixed anything.

Update
I upgraded my ROM without problems this time. I cleared both caches before installing the zips, I reflashed gapps just in case. If I cleared the cache the first time, it probably would of worked.

When my phone is locked it says no service at the top. I disabled wifi and cellular data works.

The first time I updated, a bunch of stuff was closing or stopping.

Flashed gapps and then it was getting different errors.

Got rid of the errors by stopping Google Play Service. Didn't try upgrading it back to the latest ROM though. Don't really want to mess it up. Guess you are supposed to start over every time you upgrade custom ROMs.

10 dollars a month for 12 months. Doesn't say how much after 12 months, and you have to call them to get it.

I flashed a different ROM, I think it's called Candy5 or something. It's still activating the cellular service. Says it can take 5 minutes. I'm using my external battery, phone got drained from all the flashing.

I tried downgrading using the tot method, and it deleted everything, so I decided to flash a different ROM if I have to start over.

No idea when LG will update android on the G3. I wouldn't of updated to lollipop if I knew it was going to make it slow. It'll take an hour or so to download kit kat.

Not sure downgrading will work, might have to reset it. If I get a boot loop, I'll switch to a third party ROM. Assuming I can get in the download mode.

I would probably have enough money for the Moto X next month. Kind of sucks that I haven't had the G3 very long, shouldn't need to "upgrade" already.

I think I read on Phoronix.com that AMD will release new processors then. I'm to cheap to buy anything other then AMD. I'd rather wait. My motherboard might fail before then though, it's a Biostar. The built in ethernet doesn't work on it, I use a PCI Intel network card. Think I bought it used on eBay. Should of kept the one I had, instead of selling it.

You can check more then once a day, if you wipe the software update's data.

Use Titanium Backup, go to the backup/restore tab, scroll down to the Software update, it's the first one, tap it, click backup, then click wipe data. Go to the software update, and you should be able to redownload the OTA file.

Does it store it in /cache? It's not there yet if it does. I have a slow download speed. Under 1 mb/s, I can't afford faster internet.

Hopefully it's a tot file, so I can update using my computer.

The file will be in /cache/fota. You have to have root to access that folder. Good luck manually flashing the files. There's no instructions on google, putting a .tot extension on the dlpkgfile doesn't work. Instructions for G2 don't work either.

Unfortunately if you are rooted, you aren't allowed to update. I can't check for updates for around 20 hours now. Is it Android 5.1? Nothing on xda forums about it yet.

I guess I can try unrooting it tomorrow. It looks like a pain in the ass too. Oh wait, my call blocker requires root. Might be a way to get a stock ROM zip file to update using a custom recovery. Have to wait for somebody to make one.